"Lips Don’t Lie’ is the song I’ve been most excited for people to hear”says Ally. “It’s a different side of me – a little sultry and flirty – all about how a kiss can be the truest way to tell if a connection is real.” 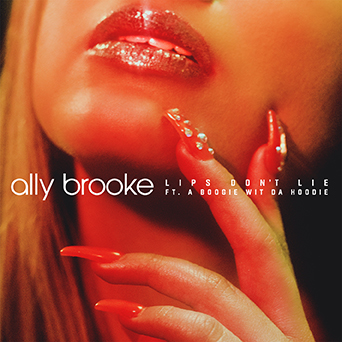 With her extraordinary new venture, Ally has crafted delicious throwback pop that embraces her Latina roots as well as a deeply personal, thought-provoking message given poignancy and strength through her signature vocal power. Best known as the powerhouse vocalist that anchored award-winning multi-platinum group Fifth Harmony, the San Antonio, TX-native spent much of last year heralding her solo project with a series of acclaimed collaborations, including “Vámonos” with Kris Kross Amsterdam& Messiah, “Perfect” with Topicand “Look At Us Now” with Lost Kings& ASAP Ferg.

Ally is also currently working on her inspiring first book, Finding Your Harmony, arriving next year via Dey Street Books/HarperCollins. The moving and inspirational memoir sees Ally sharing her love for music, recalling her journey to fame, and revealing how she has remained true to herself and her beliefs through her most difficult moments.