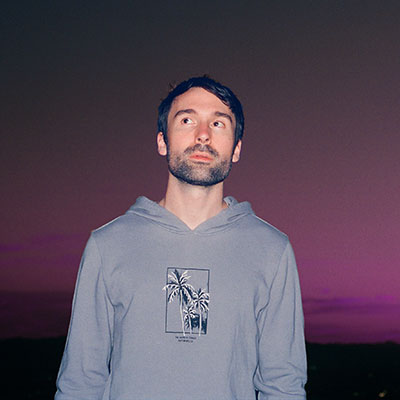 Each day every voice in media wakes up and chisels its message to a sharper point. Cranks the amplifier up another notch. Anything to be heard above the din of everyone else’s opinion, message, and music.

Absofacto is a pacifist in the noise war. His music grows naturally and free of any pressure to compete. Lovingly embracing pieces of many genres without swearing sole allegiance to any of them. Absorbed in his headphones till the sunrise, blending electronic and organic sounds until something special emerges.

Something that hits you in the heart.

By letting the music be true and simple, by not forcing the songs to fight like dogs for attention… they get heard. They get spread. They become magnetic somehow, effortlessly drawing people in. A unique place you want to invite your best friend to. A place where you can get happily lost for a while.

It’s in this way that Absofacto has naturally become a cult favorite, always bubbling just under the surface of the internet, known to relatively few but loved deeply by those that do. Perhaps this is best exemplified by his now-viral hit, ‘Dissolve.’ Self-released four years ago with no promotional support outside of a handful of prescient blogs, it nonetheless went on to reach #1 on Hype Machine and spread like wildfire by friends telling friends.

Just two years later, after Absofacto went back into the studio and the craze around the track subsided, the song was reborn on fan-engaged music app TikTok in February 2019 and now has over 1M uploads using “Dissolve” across the platform, as well as streaming over 1M times a week in the USA.