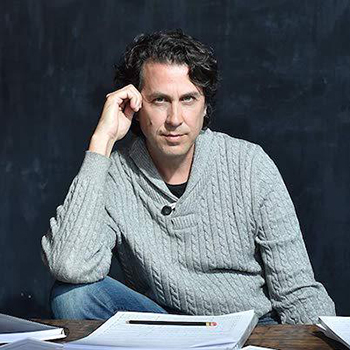 Cliff Eidelman began his formal musical training at the age of 8, studying the violin. A few years later he switched to guitar as his main instrument and began performing and writing songs for his band, playing at local Los Angeles clubs before age 14. He studied Jazz guitar at the Guitar Institute of Technology before attending college and formally studying composition and conducting.

Cliff Eidelman’s breakthrough came with his score Star Trek VI: The Undiscovered Country (1991), a stylish and powerful score that elicited a great deal of attention and acclaim. Star Trek VI continues to not only be a favorite among fans but is rated in the top 30 best film scores on “Filmtracks.com” which has a viewer rating of 1,500 film scores spanning several decades. By the age of 24, Eidelman had composed a number of epic symphonic scores including the powerful Holocaust drama Triumph of the Spirit (1989) and Christopher Columbus (1992). Eidelman first ventured into comedy with back-to-back films Crazy People (1990) and Delirious (1990).