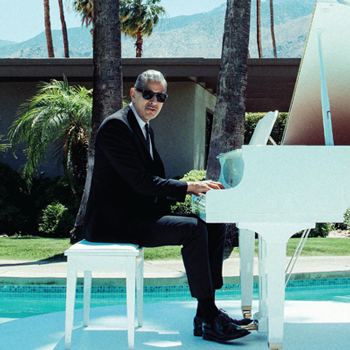 Decca Records is thrilled to reveal details of the forthcoming album from Hollywood icon Jeff Goldblum and his long-time band The Mildred Snitzer Orchestra, entitled The Capitol Studios Sessions.

Goldblum, who has been playing the piano since he was a child, has performed with his jazz band at venues in Los Angeles and New York City over the past few decades. When he’s not filming, the actor hosts a weekly jazz variety show at LA’s Rockwell Table and Stage. Frequented by locals and A-listers alike, the show intersperses Goldblum’s love of jazz with his passion and skills at improvised comedy.

With his long-time band The Mildred Snitzer Orchestra, the enticingly-titled album I Shouldn’t Be Telling You This will be released globallyNovember 1 on Decca Records and features an impressive array of surprising duet guests.