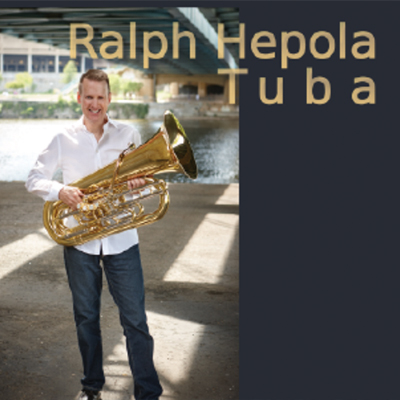 Born in Saint Paul, Minnesota in the United States, Ralph Hepola studied piano before starting on the tuba at age twelve. At seventeen, he was chosen to play before the British Royal Family in the Manitoba All-Province Band at Brandon University in Manitoba, Canada. While still in high school, Ralph began performing as an extra musician with the Minnesota Orchestra, which later included recordings, and tours to Carnegie Hall and Lincoln Center in New York City. While still a teenager, Ralph won a position with The United States Army Band of Washington, D.C. At age twenty, he won a full scholarship to the Manhattan School of Music in the Young Artist Competition of the Minnesota Orchestra/WAMSO.