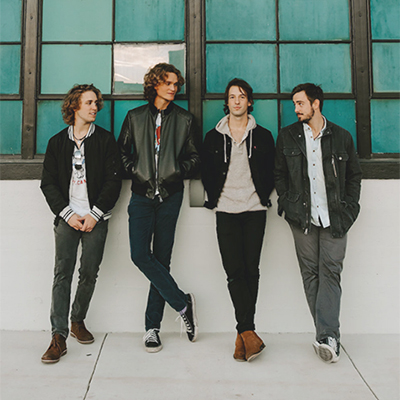 True to the definition of the word, ‘The Revelries’ bring full-sounding, guitar-driven rock straight to the Pop- Rock, Alt- Rock scene. The group has an original sound influenced by artists such as U2, Catfish and the Bottlemen, Kings of Leon, and John Mayer.

The band began late one night in the Fall of 2016, when lead singer, Beau Bailey, and drummer, John Lewis, decided to get together to jam in a Louisiana State University dorm room. The two wasted no time getting things moving and rapidly infiltrated the local Baton Rouge music scene. Playing their version of high-energy, U.K. style Pop-Rock, it wasn’t long until they sought the assistance of manager, Jefferson Manning, who helped formalize a team around them. They quickly went from playing small, local Baton Rouge dives to bars, private events, and venues all across the Southeast.