Ava Max Becomes a Superhero in Official Video for “Torn”

Global pop sensation Ava Maxhas unveiled the official video for her latest single “Torn” – listen to the disco-tinged track HEREand watch the video, which premieredon MTV, HERE.Created in collaboration with Fiat and directed by the acclaimed Joseph Kahn (Britney Spears’ “Toxic,” Taylor Swift’s “Bad Blood”), the instantly iconic video was shot earlier this summer across four days on location in Milan, IT and features stunning landmarks throughout the city including the Duomo di Milano.

“Shooting the torn music video was a dream come true,” says Ava.“I got to travel all over Milan as a superhero confronting my cheating husband. I want women to know all around the world that they have the power!” 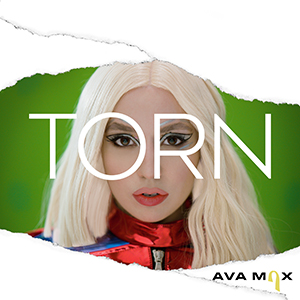 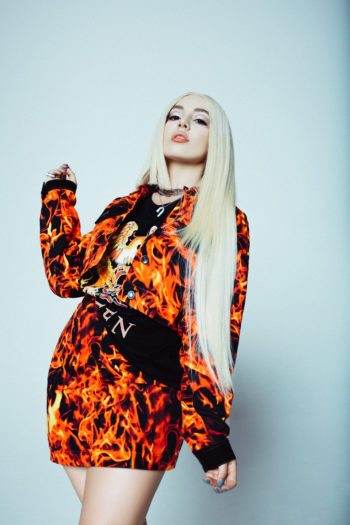 Ava has cemented her pop status with the success of her RIAA 2x-platinum certified hit “Sweet but Psycho” which spent three weeks in the top 10 of Billboard’s Hot 100 and peaked at #3 at USA Pop Radio. With over 650 million global streams and counting, “Sweet but Psycho,” which earned Max her first-ever Teen Choice Awardsnomination for “Choice Pop Song” – where she was also nominated for “Choice Summer Female Artist” – is joined by an official video which has garnered over 415 million views HERE. Produced by GRAMMY® Award-nominated super-producer Cirkut (Maroon 5, Miley Cyrus, The Weeknd) and co-written with Madison Love (Camila Cabello), “Psycho” hit #1 on both Spotify’s “United States Viral 50” and Billboard’s “Dance Club Songs.” The stateside success of “Sweet But Psycho,” including top 5 airplay at Hot AC radio outlets nationwide, follows the track’s remarkable popularity abroad, including four consecutive weeks atop the UK Singles Chart and #1 rankings on charts in nearly 20 countries.

In March, Max unveiled her follow-up single “So Am I,” which proved a phenomenon for its universal message of acceptance and inclusivity, earning top 5 airplay across Europe along with over 33 million streams in the US alone. The official video for the irresistibly catchy empowerment anthem now boasts over 77 million YouTube views HERE. Upon release, MTV Newspraised the song as a “big, melodic pop anthem that celebrates individuality and embracing one’s unique flaws and quirks.”Watch her performance of “So Am I” on Jimmy Kimmel Live! HERE.

Dubbed the “Princess of Pop” by V Magazineand “Artist You Need to Know” by Rolling Stone, Ava has been feted with a wide range of media attention, including features in Vanity Fair, Billboard, FORBES, PAPER, and more. Earlier this year, the rising pop artist made her national TV debut with performances of “Sweet but Psycho” on The Late Late Show with James Corden,The TODAY Show, and The Ellen DeGeneres Show. Max spent much of her summer on the road, lighting up the stage at radio-sponsored summer concerts and making her much-anticipated World Pride debut by headlining PrideFestival Tea Dance at New York City’s Pier 17.