CARY PARK “You Matter to Me” - MusicMonthly.com

Skip to content
Home/CARY PARK “You Matter to Me”

CARY PARK “You Matter to Me” 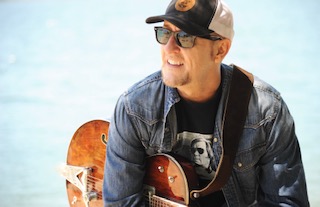 In any other time, Cary Park’s stunning new single “You Matter to Me” might be just another beautiful heartfelt love song, an outpouring of personal affection towards a cherished romantic partner, friend or family member. Released during the COVID-19 era, however, the California based veteran singer-songwriter’s soulful, lilting acoustic guitar driven ballad shows the power of music – and a single song – to meet a crucial moment, calm our fears and anxieties and remind us all of what matters most in life.
Produced by Park and co-written with Pat Melfi, an industry veteran who is head of the newly launched indie label StarPointeRecords, the critically acclaimed, subtle yet deeply emotional track features Elton John’s longtime percussionist John Mahon and Dwight Yoakum’s keyboardist Skip Edwards, and was mixed by Grammy winning engineer Dave Way. Since its release in late May, “You Matter to Me” has had over 115,000 streams on Spotify. It’s video, which intersperses strikingimages of lovers in love, families enjoying life, the innocence of children and interlocking hands with those paying homage to first responders and frontline healthcare workers during the pandemic, has over 55,000 views on YouTube.
The thoughtful, heart to heart lyrics of the song offer a universal spirit of love and appreciation not only for those we care about most in the world, but also others whom we may never know personally but whose help and loving kindness give the world hope: “Nothing I do could ever compare/To what you do, and what you do to me/’Cause you matter to me in every way. . .At the end of the day, I know just one thing/You’re the only thing that matters to me. . .You show me peace when I come undone/You show me what a blessing is made of/And the best part of the journey of love/So perfect like fingers to a glove…”
“Not long before the shutdown occurred due to COVID-19, my longtime friend Pat sent me a rough sketch of the song and asked if I could update and rework it,” says Park. “I changed some of the lyrics and feel of the song, which I was hearing more with an acoustic organic percussive vibe with keyboards. I produced a new track with my great musical colleagues and Pat flipped and said he wanted to release it. It has a simple positive message and I joked at the time that ‘it offends no one’ during a time when people are often at odds with each other.
“We honestly didn’t plan this type of song to fit with the times that have been thrown upon us,” he adds, “but we’re grateful that it has hit people’s heartstrings as it has. In light of this dark period the world is experiencing right now, ‘You Matter to Me’ seems fitting. Being just another soul on this planet of seven and a half billion, I can speak for everyone involved here in saying that, you matter to us, in every way. We hope that next time you see someone you care about, you’ll tell them they matter to you.”
For Park, the song marks the launch of a new phase of his career as an artist after decades in the music industry, traversing what he affectionately calls “a weird, weaving, winding road” where he has done everything from scoring huge hits in a popular country band and doing road and studio work with legends to composing musical cues for countless TV shows. The singer, whose 2010 debut album Lone earned him LA Weekly’s praise as One of Los Angeles’ 10 Best Country/Americana artists, plans to release an upcoming EP whose vibe he describes as “definitely crossover, easy listening Americana, inspired by the kind of honest rock Tom Petty did.”
Son of renowned Bluegrass Hall of Famer and mid-50’s Capitol Records rockabilly Ray Park (and great grandson of Fred Laam, co-founder of The Happy Hayseeds, the West Coast’s earliest professional country act, Park has parlayed this dynamic musical DNA into one of the most impressive, freewheeling careers in contemporary music. One of his lesser known biographical details is his stint in the Army after high school, where he joined the 25th Infantry Division Band just a few years after the legendary George Strait was a member.
Park’s restless creative spirit has been in overdrive since the early 90s, when he and his brother Larry helped propel brash 90’s country rockers Boy Howdy to fame via two hit albums on Curb Records, the Top 5 country hits “She’d Give Anything” and “They Don’t Make ‘Em Like That Anymore” and six top ranked videos on CMT. In addition to years of touring with Jim Messina and Bruce Hornsby and being a featured member of the Palomino club’s legendary house band, Park did sessions for greats like Deana Carter (including her #1 hits “Strawberry Wine” and “We Danced Anyway”), Nellie McKay (on tracks produced by famed Beatles engineer Geoff Emerick), Olivia Newton John, Blind Boys of Alabama, Randy Meisner, Kenny Loggins, Lynn Anderson, Maxine Nightingale and Billy Joe Shaver.
Park’s extensive TV work includes cues for HBO’s “Real Sex,” ABC’s “Ocean Treks” with Jeff Corwin, CBS’ “Vet Pet,” TLC’s “Honey Boo Boo,” Animal Planet’s “American Stuffers” and “The Dog Whisperer” with Cesar Milan. Park’s film credits include composing the music for “A Cowboy’s Funeral” and writing and performing “Kitty Kitty” for the Dean Cain-starrer “Hole in One.”
In addition, Park was featured in Guitar World’s July 2008 “50 Fastest Guitarists of All Time” issue, has been profiled in Guitar Player magazine and has written articles for the prestigious trade periodical Fender Frontline. He paved the way for his “You Matter to Me” breakthrough in 2018 with 2, a two track EP featuring an original tune paying homage to his hometown of Placerville, CA and a rock twist on the bluegrass classic “Working on a Building.”