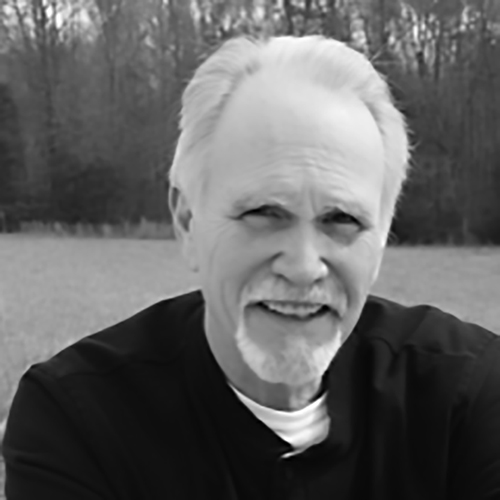 Every great songwriter can identify that powerful moment of origin when the creative dam broke and the melodies and lyrical narratives began flowing as if they had always been inside, just waiting for the right moment to emerge. For Alan Rueda, it was a casual conversation with a friend in 2017.
The North Carolina based singer/songwriter remembers being a prolific writer growing up in Raleigh and Colombia (where his dad was from) and as a young adult had traveled around with rock and Christian bands playing different venues. He abruptly stopped and spent years away from his first love. When he got back in the groove, he found that his guitar playing came back easily and he had no trouble writing his rock, soft rock and Americana based music. When it came to lyrics and storytelling, that was another matter. Alan told his friend about this unusual dilemma and writer’s block. His friend responded, “With everything you’ve done and experienced in your life, you can’t think of one song?”

That question was the catalyst that ended his writer’s block. Since then, Alan has been an unstoppable creative force, writing over 200 songs – as if all of the years he spent in exile from his craft is bursting out of him now. His first song “Live Another Day” – a poignant reflection on his grandson in the wake of a suicide attempt – set a precedent for other songs in his ever-growing catalog that are very personal to him, yet truly universal. “Down to the River” is about the destructive influence that addictions have over our lives and the deliverance redemption that is attainable, while “Bebop” and “Lasting Love” are heartfelt love songs dedicated to his wife. Alan also has whimsical pieces like “Late Night Cowboy” and clever tunes like “Mystery in the Moor” based on an ancient tale of a man who died mysteriously on a mountain.
Not long after Alan started sharing some of his recordings with friends on Facebook, Radio Air One in Spain caught wind of them and asked the singer if they could play and promote them. Soon the influential international station – which plays a mix of genres, including American rock music – was spinning a total of seven of his songs. In addition to “Down to the River” – the second song Alan ever wrote – these included “Frenzy,” “Monkey Love” and “The Force of Fame.”

“To further hone and develop my skills,” he says, “I took a songwriting class, and one of the assignments was a challenge to write a song every single day. At first, I wondered how I would do that, but then I learned to start with a single name that comes into my head first, and write a story around that name – then take the narrative from there. These days, I still try to write a song a day no matter how good or bad. I sit at the piano or pick up my guitar and just start playing around with chords. ‘Down to The River’ started with me tuning my guitar to a drop D and creating chords with that.
“I come up with a song title and I like to say the rest is history,” adds Alan, who also plays bass and drums. “I am essentially self-taught with all the instruments I play, although I often say that I think angels have come down to teach me because I know things in these instruments that folks with no formal training should know.”
Though Alan’s current catalog of songs is purely secular, faith and the church have had a great influence on his development as a musician, singer and songwriter. With early musical influences ranging from The Beatles, Carlos Santana and the Eagles, he initially rebelled against his strict religious upbringing and played in rock bands. His renewed commitment to faith led him to successfully pursue Christian pop/rock for a number of years. His band toured all over North Carolina and received offers to tour in other places.

At a certain, point, however, the singer began thinking back to his childhood, where literal perfection was termed the only means to continue in God’s favor. Realizing that he couldn’t achieve such lofty goals as a musician and that it wasn’t fulfilling or honest to himself and his life purpose, he quit at the peak of his band’s popularity and walked away from music entirely – emphasizing his decision by selling his instruments and equipment. He spent years content with his decision, working a “straight” career to support a family that would grow to include seven children and, currently, 17 grandchildren.
At some point during Alan’s time away from music, his wife brought him a small $100 guitar and amp for his birthday, and he quickly realized how much he had subconsciously missed it. He eagerly learned to play all over again. The bug to play again hit him hard. Though he still considered himself an amateur, when he started going back to church a few years later, he naturally gravitated to joining the worship band. In various churches over the years – including a lengthy stay in West Virginia, during a time when his mother was ailing – he played in different worship groups and occasionally served as worship leader. At one congregation, the band included a live orchestra, and the more intricate arrangements prompted him to learn to read music for the first time.
Being in ensembles with some of his home region’s top musical talents proved a great motivator to learn different instruments and up Alan’s own game. When original compositions began popping into his head, he started buying home recording equipment and taught himself to use the modern technology via YouTube videos and determination. This was the first step in his embrace of his unique destiny as a singer/songwriter with a unique musical vision and plans to begin performing live in the near future.