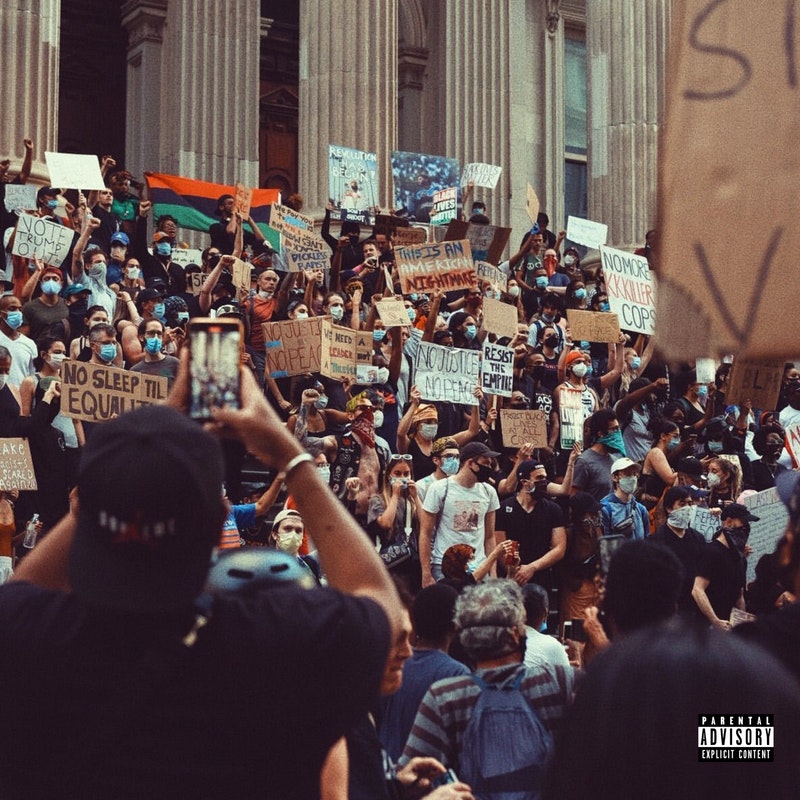 While watching attentively at the protests that have been filling the streets of America, 15 year old Singer/Songwriter Robert Eberle felt inspired to write a song entitled “Enough”; which aims to affect a positive change in the fight against systemic racism in the United States – and all around the world. He then enlisted friends Ethan Felizzari/Versa the band (whom Robert collaborated with on “Hate Me” in 2019) and CK Records Management Division artist Don Da Menace to create this poignant and memorable tribute to an important cause – the #BlackLivesMatter movement.

Produced and Engineered by Colton Lava, “Enough” (with Versa the Band & Don Da Menace) is now available on Spotify, Apple Music and all the major services. The video for the track is also available on YouTube.

“When is it enough?? I am upset by what I see from those who are supposed to be protecting all of us from harm, and by what I hear from the so called leaders of our country about it”, Robert said, “The constitution is supposed to provide equality and liberty for everyone, regardless of your race, and that just doesn’t seem to always happen – especially for those in the Black community. It’s wrong and it needs to change, now. Young people especially are just fed up and even though a lot of us can’t vote – yet – our generation isn’t just going to sit by and do nothing”.

100% OF ALL PROCEEDS (SALES, STREAMS, MERCHANDISE ETC) WILL BE DONATED!

About Robert Eberle:
A Long Island native, Robert Eberle has been singing for most of his life. Eberle is a young, versatile singer & songwriter. Robert writes all of his own music, lyrics and works with various producers to create unique moments within his songs. Each one of Eberle’s songs are stories and moments into his life and others around him. Eberle has finally found his sound. Influences like Finneas & Billie Eilish helped to create Eberle’s genre as one that is Alternative meets Pop Rock. His new single, “Enough” is now available on ITunes, Spotify, SoundCloud, and Apple Music. You can also find the “Enough” Music Video on Eberle’s Youtube Channel. All the proceeds for “Enough” will be donated. You can also contribute by buying the “Enough” Merchandise as well. All of the proceeds from the merchandise will be donated too.

About Versa the Band:
With a name as ambiguous as Versa the Band, you have to wonder, what even is this project? Originating from Long Island, New York, Versa the Band made it a priority to create music that was genreless; a discography for anyone to listen to, not defined in any one box. The band — which isn’t much of a band at all — describes itself as a “Music Collective” of artists who come together to collaborate with founder Ethan Felizzari. VTB’s sound blends Alternative and Hip Hop with traditional Pop, elements of Jazz, Soft Rock & more. Influences include artists like Bon Iver, James Blake, Rosalia, & soul legend Sam Cooke. Versa the Band is currently signed to indie label CK Records (A CK Productions Company) and is expected to release their first full length project in Late Fall 2020.

About Don Da Menace:
Don Da Menace is a NYC based Hip Hop artist whose style can best be defined as “old school” meets “new school”. Don Da Menace has quickly become an artist many in Uptown, NY have been paying attention to. His detailed lyricism & attention to storytelling seems to emulate the likes of Hip Hop greats like Jay-Z, J. Cole & Kendrick Lamar. However, within his lyricism, Don Da Menace always manages to get you moving, having fun & feeling a wide range of emotions. His flow is remarkable, his style is impeccable and his love for NYC is deep rooted — all of which you can hear clearly in his music. Don Da Menace is currently working on his largest full length mixtape to be released in August 2020.