Signing recently with Symphonic Distribution, a top digital distribution and music publishing company, ANGELA PREDHOMME is gearing up to roll out a dynamic new single “So Good” 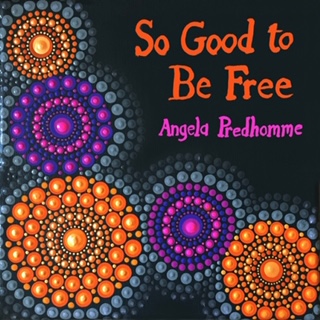 There’s something powerful and inspiring about an independent artist who pursues her passion and finds widespread success on her own terms, rather than following the generally accepted mainstream paths of others. Embracing her innermost creative truth, Angela Predhomme’s career got off to a fast start in 2007 when she sold the second song she had ever written to a major TV and production company.
Since including the prophetically titled “Just Like Magic” on her self-titled 2008 debut album, the multi-talented singer songwriter has been unstoppable, releasing four more full-length albums and placing as a finalist in major songwriting competitions. Over the years, her songs have been streamed nearly five million times around the globe via commercial business licensing. Beyond building her fan base via Spotify and YouTube, her voice has become familiar via placements in-store, in office, retail and corporate settings and through licensing to popular TV films and series. Impressively, she achieved all this not by following her dreams to industry hotspots like L.A., New York or Nashville, but simply by creating and sharing her musical heart, writing and recording from her longtime home of Michigan.
Having made the decision to take the plunge when she realized “there is always a place for strong, heartfelt music,” her warm, inviting vocals have earned strong comparisons to those of Norah Jones. Yet she fashions herself more like a blues and soul inflected, Beatles-esque pop singer songwriter whose influences range from The Rolling Stones and Ray Charles to Sheryl Crow, Jewel and Sarah McLachlan.
Signing recently with Symphonic Distribution, a top digital distribution and music publishing company, Angela is gearing up to roll out two dynamic new singles that showcase different sides of her ever-evolving artistry. On “So Good to Be Free,” the singer blends wit, wisdom and thoughtful and blissful self-confidence with an infectious beat that pays homage to Rock and Roll Hall of Famer Bo Diddley, a favorite of her dad’s. A defiant anthem expressing the true freedom that comes from non-conformity and loving who you are, the song is about having the courage to be yourself.
A definite advantage of achieving success after raising a family and serving as an instructor of English as a Second Language at two major universities (Michigan State and the University of Michigan) is the ability to like what you see in the mirror and write inspiring lyrics like: “Your rules don’t apply to me/So I blow away all the pressure to measure up to/What don’t mean a thing. . .I don’t need the look or the trend. . .’Cause I’m free to be whatever I choose to be.”
“I’ve just gotten to the point in my life where I don’t feel the need to worry about anything like that anymore, about fitting into people’s expectations of what I’m supposed to be,” Angela says. “I’m comfortable with the fact that my personal values are different from those of a Hollywood-imposed standard where a woman’s appearance, age and fashion sense is of primary importance to our culture. Of course, I worried about those things when I was in my 20s, but even when I was emerging later as a singer and songwriter, I never chased the trends. ‘So Good to Be Free’ is my declaration of independence from such limited thinking.”
Following up her 2019 album Love, which featured songs that explored that concept with a universal, “hippie” like sensibility, Angela’s other new track “Changeless Sky” is an unabashedly romantic song that finds her returning to her stripped-down piano and vocal performance roots. Its simple arrangement allows the sweet emotional subtleties of her voice to take center stage. While she offers her cheeky side with playful lines like “You got me for good/Outlasting your black tattoo,” her overall sentiment in the chorus is pure timelessness: “I am your changeless sky/No matter the sun and shade passing by/The world might be twisting, thrashing right outside/But I am your changeless sky.”
Angela’s lifelong passion for music was cultivated early in her life. Her world changed at age 10, when her grandmother moved from a house to a condo and gave her family a piano – which quickly became her first instrument. She later studied classical voice and the acoustic guitar. Influenced early on by the music her family listened to and what she heard on radio stations in nearby Detroit, Angela absorbed everything from 50’s R&B and Motown greats like Smokey Robinson and Marvin Gaye to Ray Charles and Sam Cooke.
With a discography that includes her albums Don’t Wonder(2011), Let It Fall (2013), Will (2015) and ten indie singles, Angela’s catchy, heartwarming songs have been heard by millions through television, film and in major retail chains. Her major credits include the popular 2018 Hallmark movie “Christmas on Honeysuckle Lane,” Lifetime’s hit show “Dance Moms,” Freeform’s “Switched at Birth,” TLC’s “Here Comes Honey Boo Boo,” commercials for ING Bank and Fiat, and closing credit placement in the film “A Wedding Most Strange.”
Featured on the radio industry hub AllAccess and interviewed as a “rising star” in Thrive Global and Medium’s Authority Magazine, Angela was also a finalist in Adweek’s advertising music contest and was a Song of the Year contest finalist for “Extra Day,” “My New Favorite Song” and “This Might Be Good.” “This Might Be Good” and “Too Much Time” won honorable mention in the World’s Best Songs competition and Gary Allen’s Song Contest, respectively. Angela’s tunes have also been heard on AAA, public and college radio.