KARMACODA – Make Me The One 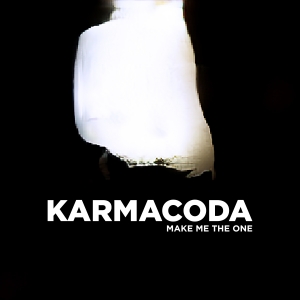 “Make Me The One,” the ultra-emotional, mystically ambient and super sultry lead single from Karmacoda’s upcoming provocatively titled full length album Slow Down, Melt and Catch Fire, marks a special anniversary for the San Francisco based trio.

Twenty years ago, vocalist Brett Crockett (who is also the group’s producer, engineer, arranger and mixer) launched an experimental music project while he was between bands and released it as Karmacoda’s debut album Reco Mended. Seven studio albums, multiple remix records, a live album and multiple awards and film and TV placements later, Karmacoda’s line up includes bassist Eric Matsuno (who joined during the release of their 2007 collection Illuminate) and Jessica Ford, whose inimitable sensual and passionate vocal talents became an integral part of the mix after Love and Fate (2015).

On “Make Me the One,” Crockett (known as B.) and Matsuno create the subtle grooves and atmospheres, but the track is ultimately a showcase for Jessica’s rich vocal dynamics, which ease from subtle and silky in the verses to intense and vibrant in the chorus, a romantic plea to be someone’s lover and most trustworthy confidant. The song rolls like a tender-hearted invitation that draws you in and then hooks you into a more visceral experience.

While streaming is fine, the song is most engagingly experienced via its gorgeously shot black and white, haunting shadow filled video, which puts partially lit images of all three musicians (mostly individually, sometimes collectively) before stark black backgrounds. The director, Gianfranco Bichinie, says the look and feel of the clips were inspired by Federico Fellini’s legendary 1963 film 8 ½.

Besides the dual artistry presented by the audio and stark, stunning visuals, it’s an opportunity to feel the deeper emotions of the track and the band’s complementary elements in a way the audio cannot accomplish alone. Karmacoda will soon be releasing another lead single titled “Traps” to lay the groundwork for the release of their new album.